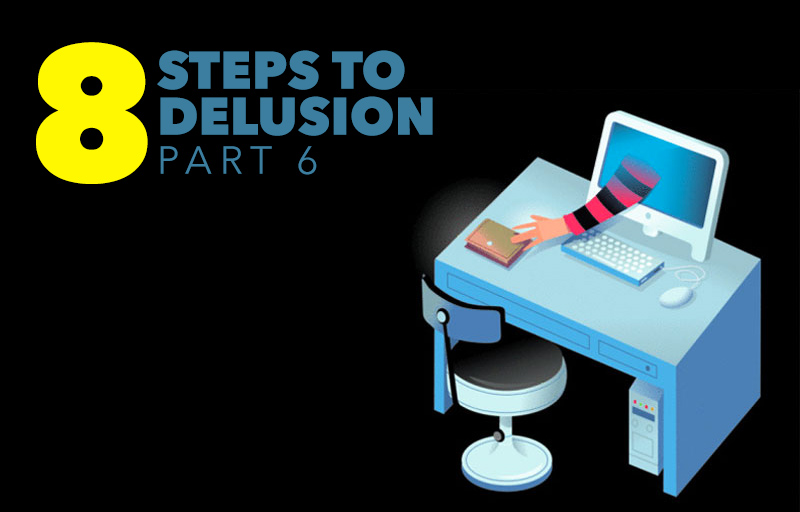 STEP 5: BY THE GRACE OF GOD

“Have a nice day and GOD bless you.”
“ALLAH willing we will finalize this transaction soon.”
“Greetings in JESUS’ name!”

If things have gone as planned by the scammer, after step 4 there are no more people around you trying to tell you about the scammer’s true nature or the delusion he is pulling you into. At step 5 your only friend is the scammer himself. So he of course wants you to understand how good friend he is to you and one trick he is going to use is the religion.

When dealing with scammers, you will soon notice that they come across as extremely religious, even awkwardly so in some cases. For instance, your loan lender may tell you how God has directed him to give you the loan. You may meet a lawyer who blesses you at the end of each email. When claiming a lottery prize, the lottery agent may refer to the grace of God.

The actual relationship the scammers have to religion would be a whole new topic for another article. Here, however, the psychology behind the trick is what matters. The scammers contact millions of people. There is a high chance of them finding a genuinely religious victim. It is a number game: by posing as a devout Christian or a Muslim they are also targeting the followers of some of the world’s most widespread religions. And when they seem to share the religion they immediately have something very intimate in common with the victim.

Scammers target people across the world and similarities may be hard to find. Cultural differences are a huge factor and the scammer is likely not capable of having a discussion on each victim’s latest favorite TV-show. Religion is an universal and easy way for finding common ground. It is also a very serious thing for some people. Some would assume that as a devout man the scammer wouldn’t tell lies or try conning anyone because it would obviously be a sin. Religion may also be exploited for pity: surely you wouldn’t turn your back on a brother in need when you are both children of God?

In short, religion is one of the most common tricks the scammers use to gain your confidence because it is easy, universal and closely tied to your mind through ethics and beliefs. The scammers themselves might actually also be religious and this might be one of the few real things they reveal about themselves. But regardless when they do it, they do it to con you and steal your money, not to have a brotherly theological discussion.