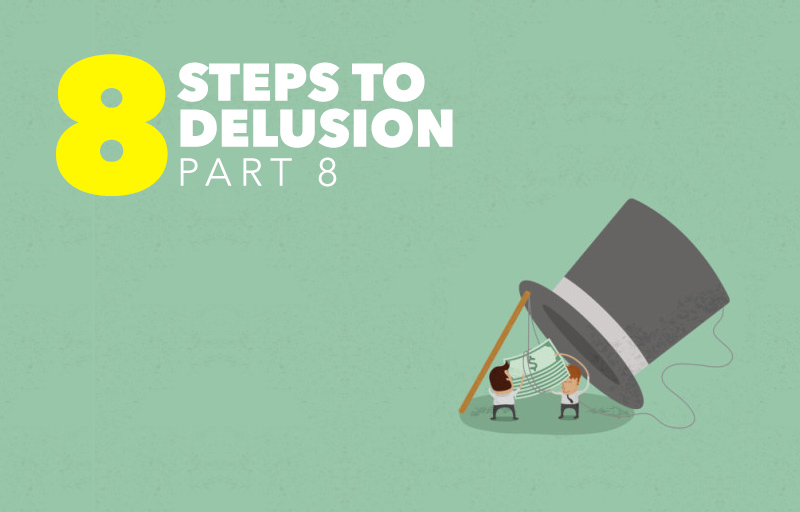 In step 7 the pieces laid on the table by the scammer come together. By now you should be alone with him and think of him as your best friend. Then he asks you to pay him money, and if you as much as hint that you won’t, it happens out of the blue: You have betrayed your friend! It’s all your fault! Shame on you!

Shame and blame are typical scammer tricks when money enters the equation. Money makes people more careful. When your new friend asks you to pay him several hundreds or thousands of dollars, the dreamworld you have been living on for the duration of the scam may suddenly shatter. You may ask why you need to do so. Now the scammers backtrack their mind game and start utilizing every trick they have so far been building. First comes the rationality: you wanted more information and you got it. You have seen many forged documents for proof. Why are you hesitating when you know it’s legit? Then comes the pressure: you will start receiving calls from all directions to constantly ask in more or less forceful way if you have made the payment. Forget about sleeping at night too. With the pressure comes the friendship: isn’t the scammer your brother? Finally comes the blame: you know all this and yet you refuse to do your best while the scammer has worked day and night to get your funds released. Shame on you!

When it’s written like this you may think that anyone would back off when told to pay dubious fees. But this isn’t the case in reality. If the scammers’ mind game has worked as expected this far, you are not the same rational thinker you are now when reading this article. Instead you are living in a fantasy world, and the scammer has essentially become its god. He controls everything that happens in the delusion. It is in his power to crush your dreams by taking the money out of your reach. But it is also in his power to make everything work out fine if only you follow his instructions obediently. When put in that way you may better understand why some would be inclined to pay the fees. It is no longer only about getting rich: it is about the danger of having your entire world collapse in front of your eyes.