Don’t Get Scammed By An Initial Coin Offering 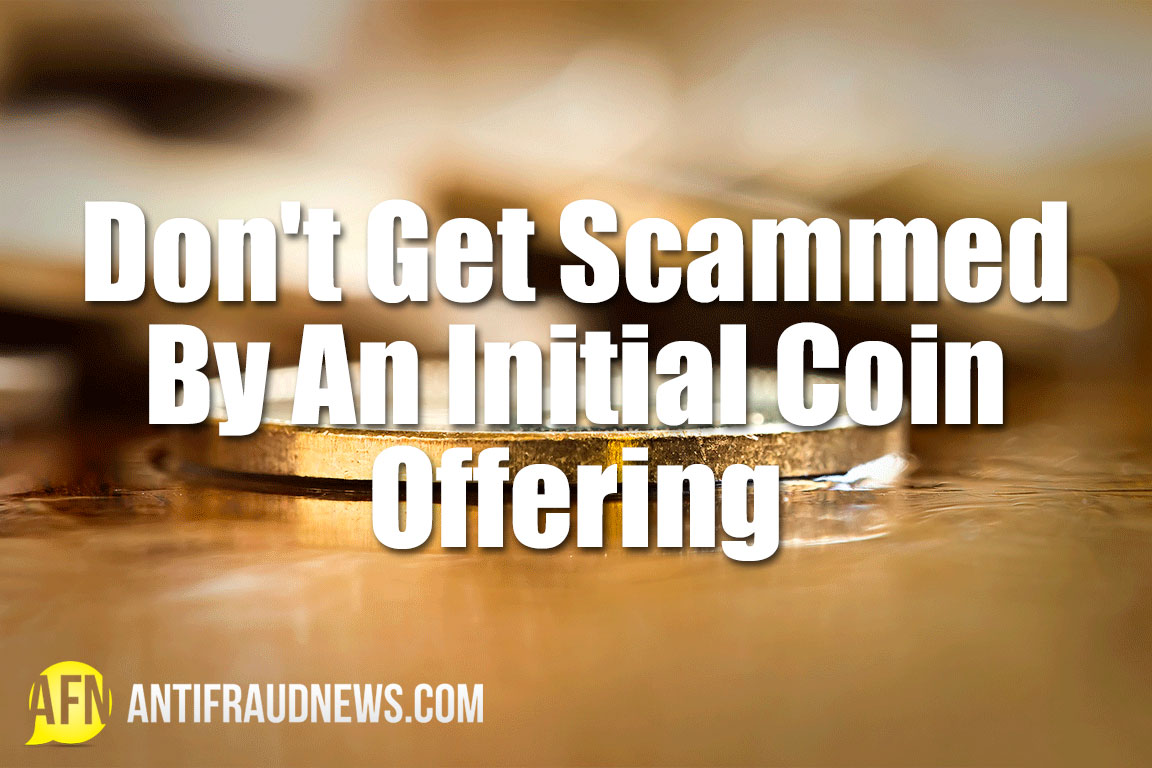 Initial Coin Offerings (ICO’s), a new fundraising method linked to crypto currencies such as Bitcoin, have quickly become the biggest form of crowd-funding for start-up companies and projects. These offerings are unregulated, controversial, and many lead to Initial Coin Offering Scams (ICO scams). According to coinschedule.com, ICOs have made more than $3 billion dollars so far this year alone and of this figure, an estimated third is either cancelled or found to be an ICO Scam. There is much skepticism surrounding ICO’s and many experienced investors recommend steering clear of them – and if you won’t take their word for it, take it from the fraudster, Jordan Belfort, better known as the infamous ‘Wolf of Wall Street’.

What Is An Initial Coin Offering Scam?

Belfort has claimed that Initial Coin Offerings are the “biggest scam ever”. ICO’s involve a company selling cryptographic tokens instead of shares or raising debt when starting up. These tokens can then be traded separately or back to the company for a service, for example, tokens will allow you to play a game or send a message on a platform. If the service proves the popular the coin is likely to increase in value. However, the absence of legal guidelines in this new and unregulated field has led to many ICO scams.

Initial Coin Offering scams work in a similar way to that of Belfort’s penny stock pump-and-dump scheme, which entails a small group of investors buying an asset and driving the price higher by relentlessly promoting it. After the price has risen and more people have bought into the asset, the group will dump it and leave investors holding worthless securities. ICO scams work in a similar way, by driving up the value of coins before ‘dumping’ them for a quick profit. To give you an idea of how quickly such a scheme can happen, look at the new web browser company, Brave, whose initial coin offerings generated $35 million dollars in 30 seconds. There are now around 50 new ICO’s per month. The chairman of the US securities and Exchange Commission believes that pump-and-dump scams are easier to carry out with ICO’s because the trading in of tokens is electronic and largely anonymous, making it extremely difficult to trace and harder to catch the criminals behind it.

What makes these ICO scams so much easier to launch in this technological age is partially due to the media excitement regarding crypto currencies. Belfort, as a penny stock purveyor, had to fight for attention whereas now ICO founders garner time on high-profile media outlets and in some cases even celebrity endorsement. Sites such as Twitter have made advertising a novelty currency much easier. “Promoters of ICO’s are perpetuating a massive scam”, says Belfort. He admits that it is likely most people don’t have bad intentions, but if they do it is a ‘disaster’.

How You Can Identify And Avoid Being Scammed

ICO’s can be used for almost anything, from charitable fundraising to ICO scams. How can you tell which project is a likely scam? The lack of guidelines in this new field means investors will find it difficult to discern between potential businesses opportunities and money-grabbing schemes. Look out for these typical markings of Initial Coin Offering scams:

China has banned ICO’s and the UK’s Financial Conduct Authority has warned against them due to their fraudulent implications. Even Belfort urges investors to dismiss the current craze of ICO’s. The safest way to avoid being scammed is to avoid ICO’s completely, but if you can’t, use the tips shown above. Stay safe from fraud.

This article was posted in Scam Protection. Bookmark the permalink. Follow comments with the RSS feed for this post.Both comments and trackbacks are closed.
← GoFundMe Scams – The Double Victim Hit
Insight To The Latest Tech Support Scams →