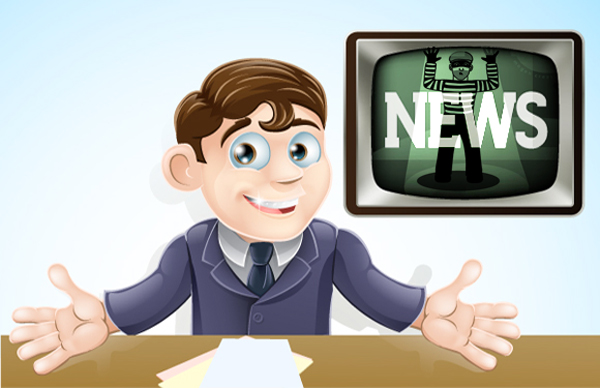 Scams make news. We feel drawn to read about the misfortunes of others and share their sadness. In comparison with successful scams, arrests and prosecutions are rare, but when they do happen, most of us are delighted! It is always gratifying to read that a Scammer has been caught and convicted.

Here are stories and videos of some Scammers caught and locked up over the past few years.

Ernest Prince Okonkwo left his native Nigeria and flitted between Thailand and Laos, moving drugs, sleeping with teenage girls, and running 419 Scams. He made enough money to build his own lavish home and estate, and – reminiscent of The Godfather – bought a small coffee shop to launder his illicit earnings. He was dragged out of his car, handcuffed, and marched into Police HQ. As the Detective slowly reveals what he knows about Ernest, his face is a picture! https://www.youtube.com/watch?v=QL4rT9o4Qxc

This Scam Gang moved to Malaysia – ostensibly as students – and began to scam lonely women on online dating sites. A poor woman in Australia was steadily fleeced by one Scammer, Bidimi, hiding behind a false persona. Eventually, a TV company became interested in the story and played Bidimi at his own game. A false female victim persona was created and contact was made with Bidimi. Eventually, posing as the woman’s male friend, a reporter travelled to meet the Scammer in a Kuala Lumpur hotel room to hand over a large sum of cash. Eventually, Bidimi appears, is confronted on camera and his gang of 5 is arrested, imprisoned, and then deported: https://www.youtube.com/watch?v=R7MqCL5XPdc

A California heart surgeon lost $340 000 to a Scam gang running a ‘Black Money’ scam. Also known as ‘Wash-Wash’, the Victim is given a large quantity of black paper cut into the size of banknotes and advised that it is US Dollars, which have been dyed black. The Scammers can sell the Victim an expensive chemical, which will ‘clean off the dye’, leaving the Victim incredibly rich. Predictably, the whole thing is a scam. Here, 2 Scammers are ‘outted’ in a hotel room by a TV crew: https://www.youtube.com/watch?v=LROPHHonDlo

Stanley is a Nigerian who went to Thailand on a 3 month Tourist Visa and overstayed. He started selling drugs in Bangkok to finance his desire to relocate to England and enrol at a University. He was defiant and cool on arrest until he realised that the detective was shrewd and he was doomed. Then, the tears began to flow like a torrent: https://www.youtube.com/watch?v=dASnWhwzL-Y

These 4 videos are few of many and show you some of the faces behind internet scams and more importantly, that Victims do not have to be unintelligent to be scammed. Enjoy the videos, revel in the Scammers being caught and handcuffed, but be on your guard. Any one of us could just as easily fall prey to these ruthless and devious criminals lurking around our internet accounts and email addresses.

This article was posted in Blog. Bookmark the permalink. Follow comments with the RSS feed for this post.Both comments and trackbacks are closed.
← Softwares and Soft Words, Part 4
How To Avoid Online Car Scams →