Inside The Mind Of A Scammer 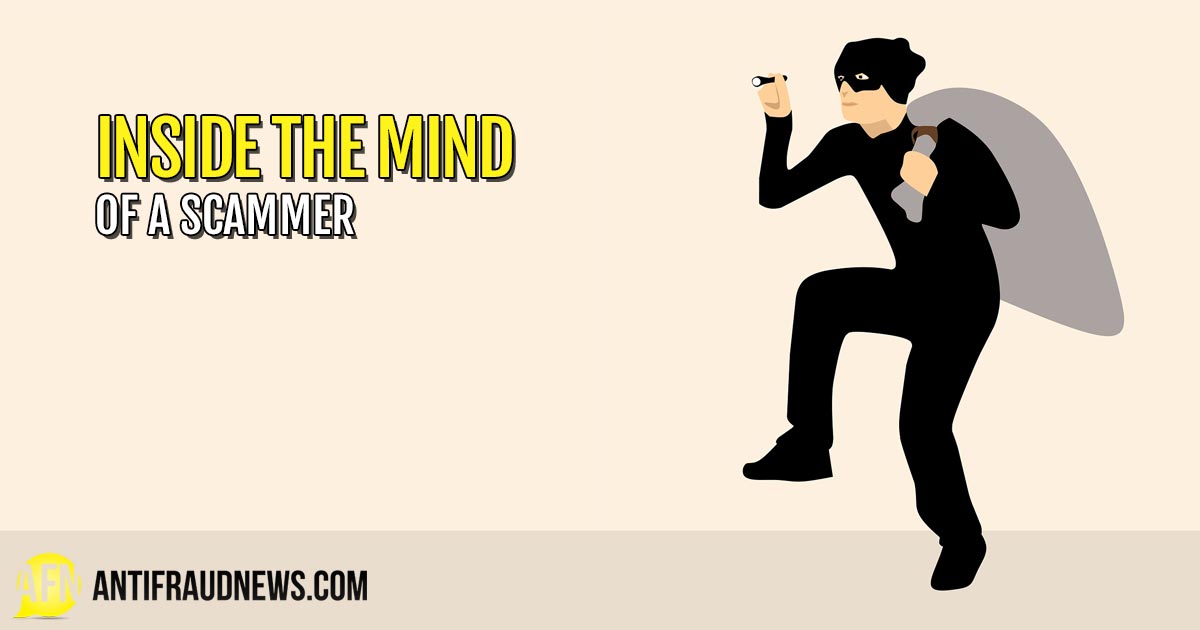 The world, unfortunately, has little insight into the types of people who are scammers, along with the signs to look for when dealing with potential scams. How do we know who would become a scammer, and why are some people prone to scam? Are there other motives besides greed? Deceiving others to get what you want is not an uncommon human behavior to come across. In this blog, we delve into the mind of a scammer so that we can learn how to best identify their behaviors and avoid them.

Online scammers utilize many ways to con people as they build up their delusions. They are usually well practiced with their strategies, and they also make use of untraceable methods. This makes it harder for the average person to recognize and report an online fraudulent activity. Psychologists and criminologists study the mind of a con artist, and each day learn more and more. With access to a wealth of obtained knowledge and research on the internet, this is what the experts have found:

Young children learn to tell white lies from as young as five years old. ​​​​​​Lying at such a young age, believe it or not, is part of the normal developmental process. We have all lied before, and some lies are praised, whereas others are shunned. Some lies, when told well, remain undiscovered. This is what makes people think that lying can be acceptable or easier in certain cases.

For example, when children and adults lie for reasons of ‘doing good,’ say, pretending to get along with someone they don’t like, they are often praised instead of punished. In other words, lying is only considered to be good or bad depending on what the outcome is. This makes lying easier for most people, as they justify their reasons for doing so.

With scammers, lying may have been a prominent part of their upbringing, as well as committing other crimes that are deemed as ‘small’ or ‘insignificant.’ Scams are hence often justified because they appear to be insignificant in comparison to other crimes.

To understand a scammer’s mind and behavior, knowing their background helps us make sense of their actions. Although scammers can come from any home, gender, race or any mind, studies have shown that most fraudsters fit specific demographics.

Statistics have shown that fraudsters are typically male and have a family history of criminal records, along with negative peer influences. Many come from poorer economic geographical areas where crime rates are higher. Some people are known to have mental disorders that lead to delinquent behavior, such as psychopaths or persons with personality disorders. Most of the time, if a child shows delinquent behavior at a young age in school, they are most likely to grow up continuing this delinquent behavior and increasing it on a grander scale into adulthood.

Getting Away With It: Positive Reinforcement

Naturally, to do something that is wrong and to get away with it motivates scammers to keep doing it again as their confidence grows. A famous psychologist, B.F. Skinner would have seen this as an example of positive reinforcement! The feeling of getting something that you want is rewarding, and it then is likely to reinforce your behavior to get that same feeling again. Minimal punishment makes it even easier! Some criminal acts are justified as small enough that people won’t even notice. If nobody really cares, knows about it or reports it, they get away with it. Some people even hack computers for fun, just to prove that they can, as they enjoy the power and challenges of being able to commit such a crime.

Scammers also know the minds of their victims and they use their strategies on specific people that are likely to fall for these scams, like people who are under emotional or financial pressure. For example, scammers often use information that they gather about their victims to determine if they are in financial distress. They then use the victim’s distress as an opportunity to obtain their banking details by requesting their personal information from an apparent trustworthy source like pretending to be the victim’s bank authorities.

Using the voice of authority makes victims more trustful of their scams, making them believe whatever information the scammer provides. If you got a message from the bank offering a loan, you’re more likely to believe the message if the number and details correspond to your bank provider.

Scammers also make use of the ‘sense of urgency.’ Using phrases such as ‘get your loan NOW,’ ‘Hurry Up Before Time runs out!’ It makes the victim feel as if they are under a time constraint, putting them under pressure and increasing the chances of making quick decisions without too much thought. What’s more, by using the victim’s personal details and making their messages more personalized, it can make the message more believable. Each strategy and approach is tailored by the scammer to suit their ‘target audience’ or chosen victim.

What You Can Do About Scammers?

It’s important to know how scammers think so that we can learn how to protect our information online. Start with educating yourself on how scams work and the best way to avoid them. If you come across a scam, it is equally important to report them. Stay up to date on the current scams that are floating across the online globe. Also, if you feel skeptical about a text message, email or phone call, trust your gut! Most of the time your instincts are there to warn you for good reason.

This article was posted in Scam Protection. Bookmark the permalink. Follow comments with the RSS feed for this post.Both comments and trackbacks are closed.
← Scam Prevention Tips For Seniors
Scams Rise From The Heightened Alert Of Coronavirus →