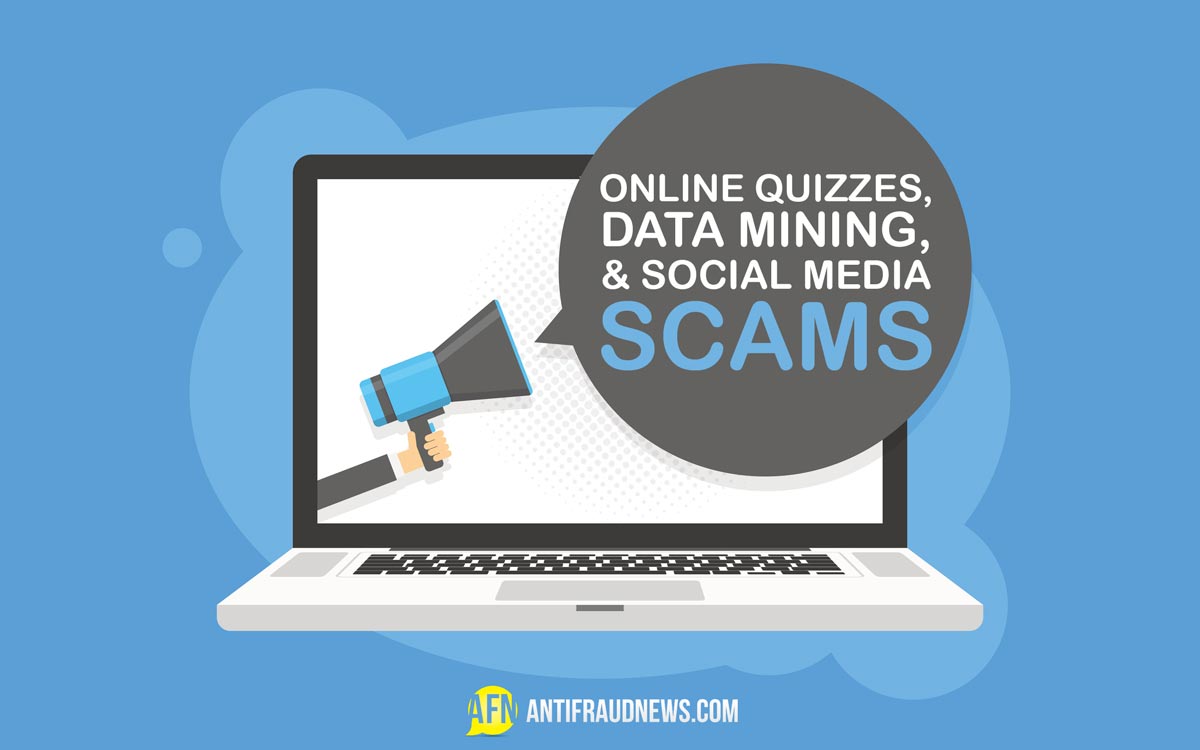 Facebook, Twitter, Instagram are all free for their users, this is the great thing about social media. You can connect to your friends and other like-minded strangers without it costing you a cent. Yet this may not be true, especially if the social media scammers have their way. The problem with social media being free is that it means the companies running these platforms need another way to fund their work. This has led to the data revolution, the companies realized that the users of their platform aren’t paying with money, but they are providing an invaluable resource. Users are providing their personal data for the platforms to store and examine, which can open them up to social media scams.

Your data is incredible useful, there is of course your bank and social security details, which would mean instant cash for anyone who has them, but more importantly advertisers will pay large sums of money to ensure that they are advertising to the right groups of people. And how do they do that?

Well, if a platform like Facebook allows users to provide their personal data freely and on thousands of surveys and quizzes, then there are suddenly millions of data points which can accurately identify you as a specific type of consumer which an advertiser may be interested in advertising to.

Now advertisers are the less nefarious people who are after your data, the true villains are the social media scammers. There are multiple types of scams, but often they are disguised as quizzes or lucky draws. These scams are based on a social media site, which encourages you to trust them, and is the quiz telling you which Harry Potter character you are, really that bad?

The problem with these quizzes, is that though they may seem innocent enough, they often ask strategic questions which may reveal personal data on you which could be used for social engineering or they may redirect you to a phony page which looks like the social media site, but isn’t, allowing them to ask for your login details.

Once scammers have important data on you, it allows them to target your other accounts, for example using your answers to figure out security questions, or they can pretend to be you to convince your friends to hand over your personal data. There is also a black market for data, where scammers sell large databases of user data that they have mined from social media websites.

It isn’t only individual scammers who are trying to get your data, there are also large companies such as Cambridge Analytica which use your data to show you propaganda which may change how you vote or interact with your fellow human beings. Cambridge Analytica harvested data from surveys and could access the data of not only the survey takers but also their friends, increasing their data pool exponentially. They then used all this data to help candidates in elections target specific demographics with media they personally designed for maximum effect.

These stories of data being used to target you or your accounts should show you the danger of sharing your personal data on social media websites. Social media scammers are constantly thinking up new ways of gathering and using your data, so you need to be extra vigilant with what you put out there. Before taking a quiz or a survey, have a look at who the author is and do you trust them. Always tend towards caution, your data is precious, and really how important is it that you know which Marvel character you are?

This article was posted in Scam Protection. Bookmark the permalink. Follow comments with the RSS feed for this post.Both comments and trackbacks are closed.
← What Can You Do If You Are A Victim of Identity Theft?
Phone Number Port Out Scams →