Scammer tactics to keep you paying! 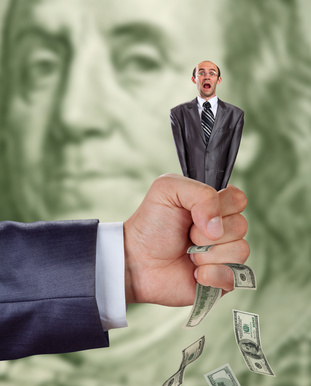 Advance fee fraudsters are often skilled con artists. They work to create a story to draw you in to their scam. In their cons they play many characters and often try to appear official and professional in those roles. It takes time to get a victim to believe and pay, and once they have you convinced, they will do nearly anything to keep you paying.

What will scammers do to try to keep you paying?

Multiple roles – Scammers play several roles and often use them to create both an ally and an adversary with you. One of their characters will claim to have also invested money, and use guilt or emotional blackmail to try to get you to continue. They will sometimes even have one of their characters be the fall-guy, a scammer, who is removed from the equation and replaced with another “credible” character.

Escalation or Fake progress – If you show any reluctance, scammers will sometimes move further into the scam story to give you the impression that things are progressing and you are closer to the goal. This will usually be a development that gives you hope after you have become discouraged, or lends more credibility to the scam because you get the impression that things are actually happening.

Fake testimonials – If you solicit help on an anti fraud site, such as ScamWarners.com, and a scammer becomes aware of the listing, he will sometimes join the site as a supposed third party, and try to contribute to the topic with a fake testimonial of the authenticity of his scam character.

Fake Emergencies – Scammers create stories of emergencies, often medical emergencies, involving their main scam character or a child. This is common in romance scams in which you already have an emotional investment. Scammers know it is harder for you to say no to sending money in a life or death situation.

Blackmail – This type of coercion is most common with romance scammers. If your relationship with them involves a marital affair, or very personal information, photos or webcam footage, once you try to stop paying they will publicize it and use it to blackmail you into paying them more money.

Accuse scam warners of being fraudsters – Scammers try to distance you from, and discredit, anyone who tries to warn you of the scam. They often try to convince you that these people are trying to steal the money for themselves.

Recovery scams – If you realize you’ve been scammed and stop corresponding with the scammer, he may try to scam you from another angle, contacting you from a new email address, with a new name, and pretending to be from law enforcement, or an agency that can help you catch the scammer and get your lost money back.

This list is not exhaustive. Scammers try any tactic that serves their goal of stealing from you. Your feelings or needs are irrelevant to them. If you suspect you are being scammed – trust your instincts, and don’t be coerced into sending more money. Get out and get help.

This article was posted in Blog and tagged Scammer tactics to keep you paying!. Bookmark the permalink. Follow comments with the RSS feed for this post.Both comments and trackbacks are closed.
← Craigslist Scams, what to look out for!
Fake Documents Used By Email Scammers →