Trunk Box Scam, whats it all about? 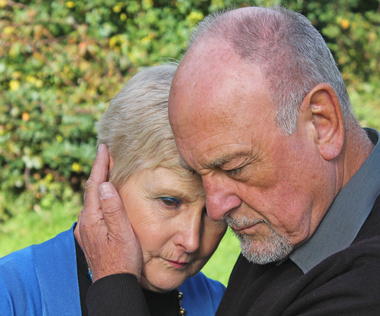 Trunk Box Scam artist Dr Perry Patrick speaks calmly and slowly. He listens carefully whilst I ask him about his Trunk Box Scam. A 419 advance fee fraud Scammer in Accra, Ghana, he has already bought himself a small, walled compound from his ‘clients’ (Scammer-speak for Victims) payments, where he lives with his family and some of his cohorts.

I have known Dr Perry (not his real name) for about a year now. I have managed to convince him that I am a fellow Scammer, based in UK. He doesn’t entirely trust me, but over the months he has told me about his aspirations and described some of his victims. He is currently working a woman in China, and is milking her for an initial payment of $3500 USD.

In the Trunk Box Scam, a US soldier in Afghanistan has discovered millions of dollars packed into trunk boxes. He wants YOU to agree to receive delivery of them and split the cash with him on his return home from duty. What the ‘soldier’ doesn’t tell you is that there will be a never-ending string of unexpected fees. These may include bribing a Customs Official or a corrupt Diplomat, a Barrister’s fee, a Courier’s fee, etc, etc, ad nauseum.

The Trunk Box Scam works on different levels. It promises great wealth. The character is not a West African and figure of mystery, rather a US soldier, who is to many a figure of respect and integrity.

However, perhaps the most compelling reason that the Trunk Box Scam works is its positive, almost dream-like imagery. Who could fail to be attracted to the idea of 2 large trunk boxes full of cash being delivered to one’s home? The vision of blowing the desert sand off the tops and the anticipation of opening the fastenings. The unique smell of money wafting up as the lid is raised to reveal an incredibly exciting scene only seen in films; pile after pile of green dollar bills. Millions of dollars…..and 50% of it yours! It is the dream come true for many of us…..

…..and so, people get sucked in. Like the woman in China, who according to Dr Perry is “one of those stupid Magas” (Ghanaian pidgin slang for ‘big fool’), who is seemingly about to send him her life savings for her Trunk Boxes of cash.

Of course, there never are any Trunk Boxes, no fortune in cash for you to share. All there will be is a shrewd Scammer with the dangerous combination of a deviously-worded script, a keyboard, and an internet connection.

This article was posted in Blog and tagged Trunk Box Scam. Bookmark the permalink. Follow comments with the RSS feed for this post.Both comments and trackbacks are closed.
← Au Pair Scams, what to look out for.
The Romance Scam →