What Makes A Scammer Successful 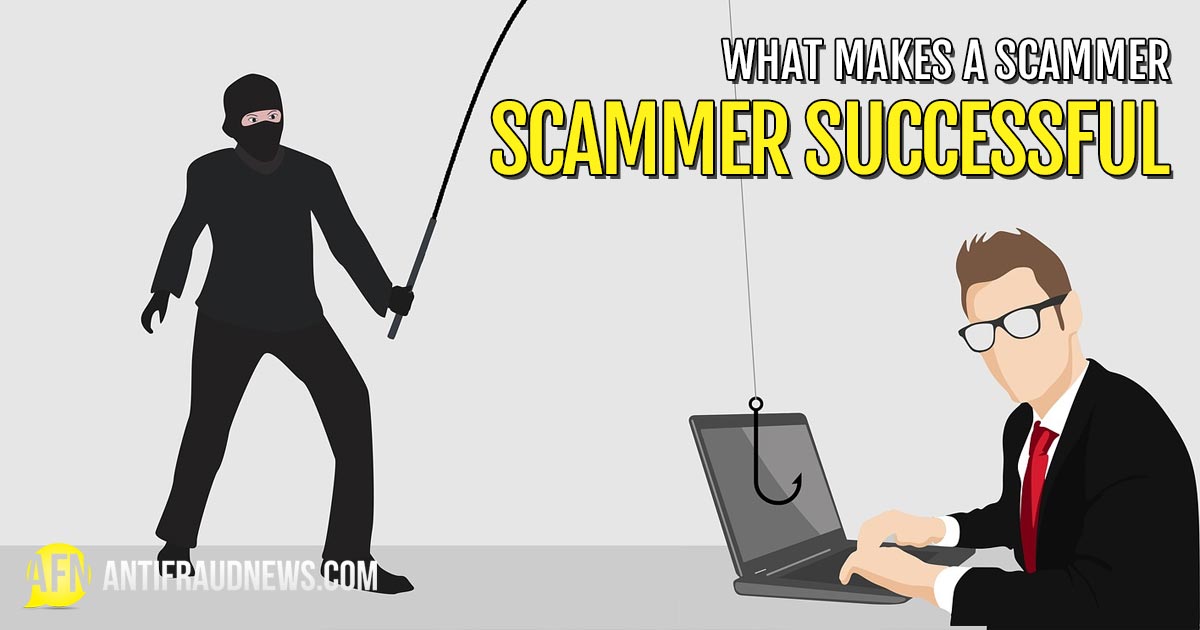 Scam artists are everywhere. Their appearance is no different from you or I. However, the most effective way to spot a scam artist, is to be cognizant of who their victims are. A scammer will prey on the same vulnerable and defenseless person.

Not everyone can be scammed. But everyone can be a scammer. Swindling is the oldest game in the book. Anyone could do it. Scammers, con artists and even cult leaders follow the same set of rules to sell their deception. Send your credit card information to the email provided, and you too can be a scam artist for just $9.95! If you fell for that one, please read this article carefully.

How Do They Operate?

Scam artists look for hopeful people. When someone is empty and searching for something, they are more likely to take chances hence, vulnerable to a scam artist’s routine. It should surprise no one that as dating sites become more popular, online dating scams are on the rise.

The internet offers scammers endless possibilities. According to Different Types of Fraud on the Internet, the world wide web is one trap door right after the next. Watch your step! However, online dating is a venue particularly favored by the scam artist, because people are vulnerable hence, easy to take advantage of.

Every online dating site has an infinite amount of potential victims. Hundreds of thousands of people searching for love are sitting ducks to your typical heartless con artist. First, the scammer establishes a line of trust through legitimate chat rooms and dating apps. Then, a fake romance is staged. Finally, credit card numbers are being exchanged.

“Typically the scammer builds trust by writing long letters over weeks or months and crafting a whole persona for their victims,” says David Farquhar, Supervisory Special Agent with the FBI. This is strengthened by ConsumerReport’s comment – “That big investment gives victims a false sense that the relationship must be real.”

Who Are Their Victims?

All con artists prey on the vulnerable. A scammer has the uncanny ability to scrutinize a crowd and spot those that are weak. The more vulnerable someone is the more likely they are to buy some of that shiny snake oil. However, even the most strong-willed and determined person melts like a stick of butter in the sun under effective brainwashing.​​​​​​

Patty Hearst, heiress to the Hearst publishing enterprise, is a great example of how con artists brainwash their victims in order to successfully pull off their scams. After her terrifying kidnapping, Patty Hearst was locked in a small and dark closet for days. During this time, her kidnappers did not let her sleep. Nor did they feed her. On top of all of this brutality, she was forced to listen to their radical anti-capitalist ideology.

An Unexpected Turn Of Events

Not even two months after her kidnapping, Patty Hearst was robbing banks alongside her kidnappers. On camera, Patty Hearst viciously disparaged her family and the elite capitalistic society they represented. By forcing weeks of isolation and confusion on to Patty Hearst, she was far more susceptible to the misguidance of their radical nomenclature.

In order to create this veil of deception, scam artists must separate their intended victims from family and friends. In a cult, new recruits are practically imprisoned in their respective communities. Any communication with those that were once important people in their lives, could potentially disrupt all the brainwashing that had already been planted. However, even communication with other new recruits is restricted. Most cults only allow new recruits to communicate with long devoted members, whose allegiance is loyal. Essentially, cults need to impose the belief that everyone, besides cult members, are their enemies.

A typical manipulated conversion, Dr. Clark said, involves a vulnerable person – a student leaving home, or at exam time, or someone who has lost a friend or lover – who is enticed by some reward: companionship, peace of mind, a place to stay or an implied sexual offering. ”Cult recruiters frequent bus stations, airports, campuses, libraries, rallies, anywhere that unattached persons are likely to be passing through,” he said.

Almost every scam requires distraction. From the magician who distracts you from their hands to the pretty lady who walks across the room, just as that grifter is preparing to pick your pocket, distraction is a scam artist’s most effective tool.

Just a few months ago in Polk County, Florida, WFLA reported that police were trying to solve the “distraction scam”. A group of people, claiming to be roofers or construction workers, lure their elderly victims from their homes. While the victim is in their yard or parking lot, an accomplice is rifling through their jewelry box.

Scams may be different. However, every scam requires manipulation. Whether it be distracting, brainwashing or deceiving, the perfect scam is only achieved when the victim is unaware of any scam.

This article was posted in Scam Protection. Bookmark the permalink. Follow comments with the RSS feed for this post.Both comments and trackbacks are closed.
← Taking The “Chill” Out Of These New Netflix Scams
Student Loan Scams To Keep Your Eye On →